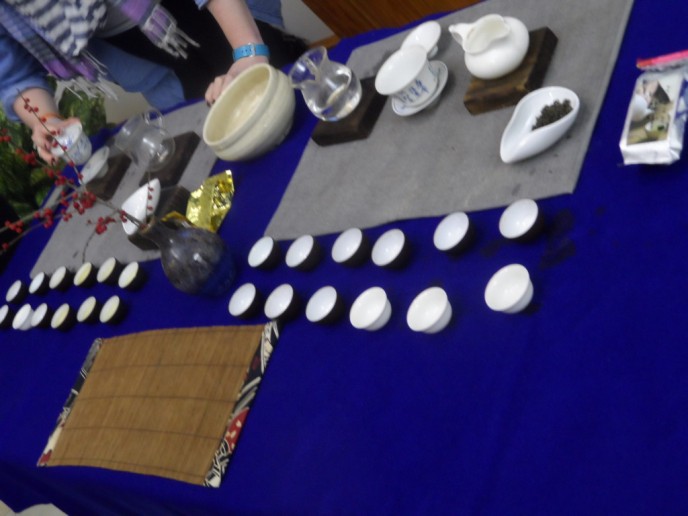 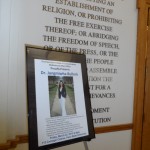 Friday, March 22, 2013 | University Park, PA – This year I was invited to be a keynote speaker for Pennsylvania State University‘s Asian American and Pacific Islander Heritage Month, sponsore by the Office of Multicultural Affairs and the College of Communications. I would like to thank Dean Joseph Selden, Carmen Frost, and the wonderful students at Penn State for such a wonderful welcome and reception.

The event began with a video presentation of a student abroad program to Asia, followed by remarks by Dean Selden. After I delivered my keynote address, we had a lively Q&A audience discussion, which was immediately followed by a tea ceremony and dinner. The tea was actually made by the students when they visited Korea! I was honored to have them share their creations with us, especially given how much I love and drink tea!!!

The following is an article that appeared in The Daily Collegian to recap my talk.

CLICK HERE to be taken directly to the full article in The Daily Collegian at Pennsylvania State University.

Before Jungmiwha S. Bullock was invited to the lectern to begin her discussion for Asian American Pacific Islander heritage month, Assistant Dean of Multicultural Affairs Joe Selden reminded the audience about the history of Asian Americans.
“We have a tendency to not want to remember the past,” Selden said.

He was speaking of the Japanese internment during World War II, when Japanese and Japanese Americans were relocated to internment camps after the attacks on Pearl Harbor. Selden said he hoped the audience would leave the Carnegie Cinema that night “wiser about the plight of the Asian-American community.”

But keynote speaker Bullock is not only an Asian American; she is also African American. And being half-Korean and half-black has allowed her to represent mixed-raced people in Congress. In 2010, Bullock was the appointed representative for the U.S. Bureau of the Census on behalf of communities with mixed racial backgrounds, according to her online resume. During her presentation, she said she helped changed the federal form to allow people to check off more than one race. Upon hearing this, the audience members burst in applause.

During her speech, she discussed the importance of being auto-didactic and taking every life experience — “the good, the bad, and the ugly” — and keeping those experiences in a “life arsenal.”

Bullock’s higher education career began at Penn State, and from there she went on to New York University. She then received her doctorate at the University of Southern California.

Currently, Bullock is working on her book, Who’s Your Daddy: An International Investigation of Multiracial Children Orphaned By Military Personnel Abroad. Her plan is to travel to orphanages abroad and give a “voice to the voiceless,” by doing longitudinal research on mixed-race children who live in the orphanages. She also spoke about the importance of social justice.

“If the movement doesn’t exist, create it,” she said.

Bullock is also founder and chief executive officer of J. S. Bullock & Associates, LLC. The Brokerage for Dreams™, an international consulting brokerage that helps clients with their unmet educational and professional goals. She said through this philanthropy, she has been able to help American Indians get into college.

“You never know the lives you’re going to impact later on,” she said.

During the question and answer portion of her talk, Bullock was asked about the difference between Asian American versus Asian, and how one should identify with either.

“You never want to push an identity on anyone,” she said. “However, you want to identify. That’s you.”

Anna Wildman (sophomore- public relations)asked Bullock how she deals with being mixed race and if she had any advice.

“The issue is not on you, but on the person asking the question,” Bullock said.

Wildman said Bullock’s presentation was “inspiring,” adding that she learned more than she initially thought she would.

“It made me want to get out here and do more with my life,” she said.

For public relations announcement write-ups leading up to the 2013 Asian and Pacific Islander Heritage Month events at Penn State, click here and here.