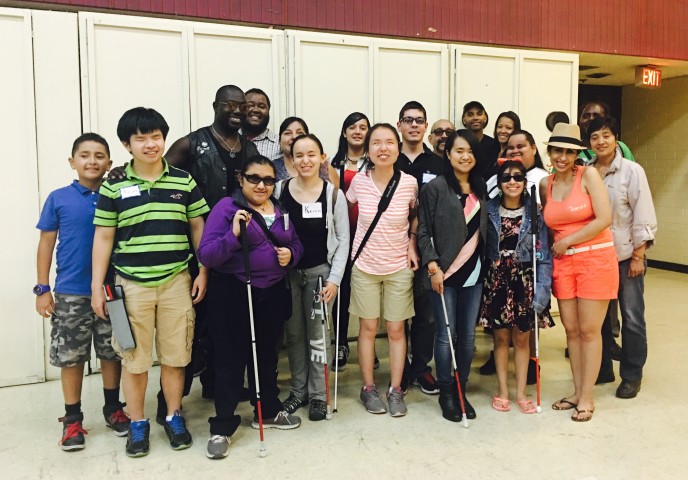 August 20, 2016 | Los Angeles, CA – This year’s SURVIVE OR THRIVE Annual BBQ was a great hit once again! Thank you to the SOT leadership board for entrusting in me year after year to help lead the activities, including blindfold soccer, confidence building games, and discussions. The students and parents in attendance also learned new meditation and yoga techniques for mental health, and were also introduced to new opportunities from visitors, such as how to join the local crew team for the visually impaired.

In December, we will be holding new workshops, including a new program I am designing with consultation from the young leadership board to build confidence in students with disabilities, especially among the visually impaired, where many eagerly seek equal opportunities to excel and thrive before, during, and after high school and college. I learn so much from these courageous young people, who merely wish to dispel the stereotypes that the mainstream often wrongly places among their communities. I won’t spoil the details, but stay tuned as I prepare to help change the narrative on how to not only build the confidence among the disabilities community and the community at large when interacting with one another, but to do so in a manner that enables everyone to feel empowered no matter who they are, where they are from, and what challenges they might face.