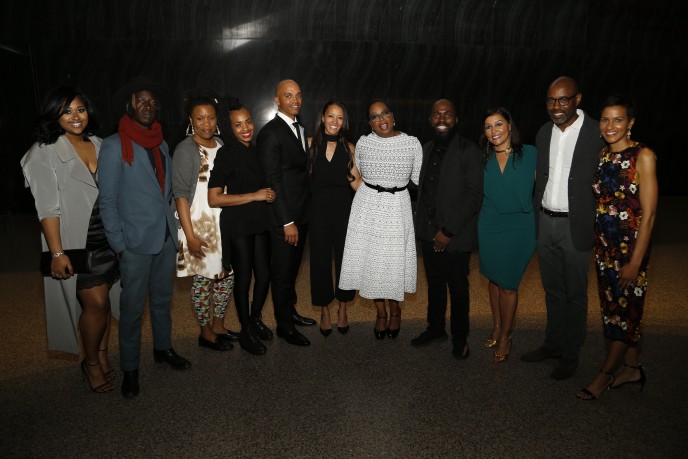 April 2017 | Baltimore, MD, New York, NY, Atlanta, GA, and Washington, DC – The life and legacy of Henrietta Lacks, a remarkable woman who upon her untimely death at the mere age of 31 in 1951 after battling cervical cancer, has since made an unprecedented global contribution unbeknownst to much of the public to this day. As such, she has finally made it to the big screen in celebration of her life through HBO’s recent film adaptation of the book, The Immortal Life of Henrietta Lacks, written by Rebecca Skloot. For some time now, I have had the honor and privilege, with my partner Kadir Nelson, to work with HBO and it’s experiential marketing development team behind the scenes to help honor her legacy and to ‘right’ her story through what is now known as, The HeLa Project.

To honor Mrs. Lacks, we worked tirelessly on figuring out the most tasteful, sensitive, and elegant way to bring her story to the forefront beyond the film, and to have something created for which her descendants could be proud for generations to come. So who better to create the first life-size original portrait of her but none other than, Kadir Nelson. The painting, entitled “The Mother of Modern Medicine”, was exhibited in Baltimore, Maryland at the Reginald E. Lewis Museum; Atlanta, Georgia at the National Center for Civil and Human Rights; New York, New York at a private gallery in SOHO; and finally, in Washington, DC at the new National Museum of African American History and Culture.

Overall, it was a spectacular series of exhibits and the finale in Washington, DC at the NMAAHC celebrating the life, legacy, and contribution of Henrietta Lacks with 60 members of her family, was an honor to experience like no other. It was an absolute pleasure to work with so many wonderful people and to see the experiential part of this project through from beginning to end. And, if you must know, Ms. Winfrey was everything I ever thought she would be–poised, professional, down-to-earth, attentive, loving, and oh-so-caring. 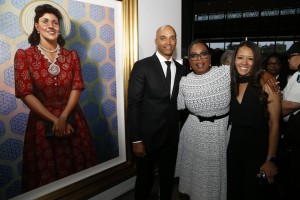