UPDATE: Monday, April 1, 2014 – March, 31, 2015 | Berkeley, CA – Great news! I received word that I was invited to stay on another year as a Visiting Scholar at Berkeley with faculty sponsor, Dr. Michael Omi. It has been an invaluable experience upon my return to California after my 2-year postdoc at the U.S. Department of Commerce/U.S. Census Bureau in Washington, DC. This additional year will enable me to continue to refine and submit my articles for journal publications, as well as, continue m current academic research and complete my book prospectus and chapters. Stay tuned!

Monday, April 1, 2013 | Berkeley, CA – As of today, my Visiting Scholar appointment at University of California at Berkeley is official. I am honored to be conducting my research and beginning the writing on my book manuscript the next full year through my affiliation with Berkeley’s Department of Ethnic Studies and faculty sponsor Dr. Michael Omi.

My current work is a deep exploration of a topic that has received scant attention to date, yet speaks to an interdisciplinary range of issues, from diplomacy, militarism, mental health, child and family development, multiracial identity, and much much more.

Here is the abstract of my project:

Over the past 60 years, an estimated 120 million people have served in the U.S. military. According to the Department of Defense, there are nearly 1.5 million proud women and men who currently serve on active-duty for the United States military. Today, about 1 out of 7 serves outside of the U.S. and its territories in more than 150 countries around the world. Increasing attention in recent years has focused on mental health research of military personnel returning from deployment to assist in their readjustment to civilian life. Less is known, however, about the impacts military personnel around the world have had on the mental health of the individuals they may have “left behind”.. My research is an international undertaking in examining the historical and contemporary phenomenon of the estimated thousands of multiracial (mixed race) children and adults who are/were fathered and orphaned by returning military men stationed abroad over the past several decades.

This research is threefold: 1) To describe through qualitative and quantitative methodologies the extent and conditions of multiracial children and adults orphaned by military personnel abroad; 2) To explain the need for an international dialogue to acknowledge and improve the current state of mental, physical, environmental, and social health for this vulnerable population of multiracial children today; 3) To discuss the need to develop and improve preventive public policy, mental health services, as well as, reproductive health training to military personnel before, during, and after deployment. 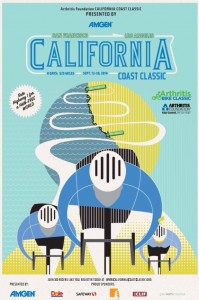