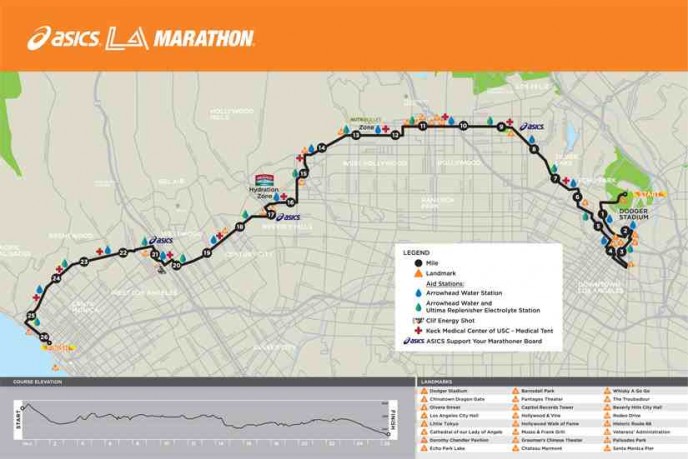 March 9, 2014 | Los Angeles, CA – I’m gearing up to run the Los Angeles Marathon this March, after taking a few months off from the New York City Marathon this past November. With a few short run 5Ks, 10Ks, and half-marathons sprinkled in between now and March, accompanied by some strength and conditioning, I’ll be all set to run with some of my former teammates. Just as long as I don’t have to run on a sprained ankle again, I’ll be in tip top shape to run a good time this March.

So for any of you in Los Angeles, please come out and support the marathoners along the route. I can’t tell you how much it means to see people along the race, cheering, smiling, and sometimes even passing out fruit and water..

Though I’ve lived in Los Angeles for well over the past decade now, and was born here (something many do not know), this will be my first LA Marathon to date. I’m looking forward to it!