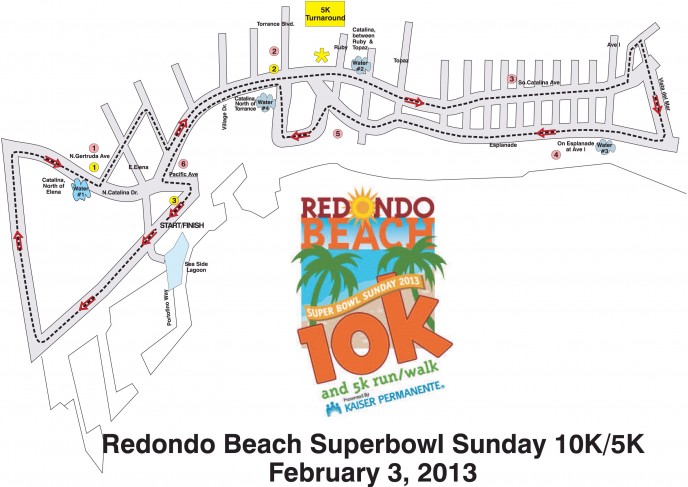 Sunday, February 3, 2014 | Redondo Beach, CA – Practically every weekend since 2014 began, I’ve been running with a former colleague, Patrick, and another teammate, Janette, at the beaches. We usually start in Redondo, head to Hermosa, then Manhattan, and then run back. So to get our year started out right, we are running the Redondo Beach Super Bowl 10K. This should be pretty nice since we’ve spent the past 3 weekends running 6, 10, and 12 miles respectively.

Having trained primarily in  the San Gabriel Valley, at the Pasadena Rose Bowl, and Griffith Park season after season, Janette and I wonder why we never considered training at the beach! :-) In a little over a month, we’ll be running the LA Marathon, yay!

Meanwhile, I’ll be be sure to post some race photo highlights here later. Hope wherever you are reading this that you’re off to a great and healthy 2014, too! Onward :-).